15 reasons why you need psychiatric help! 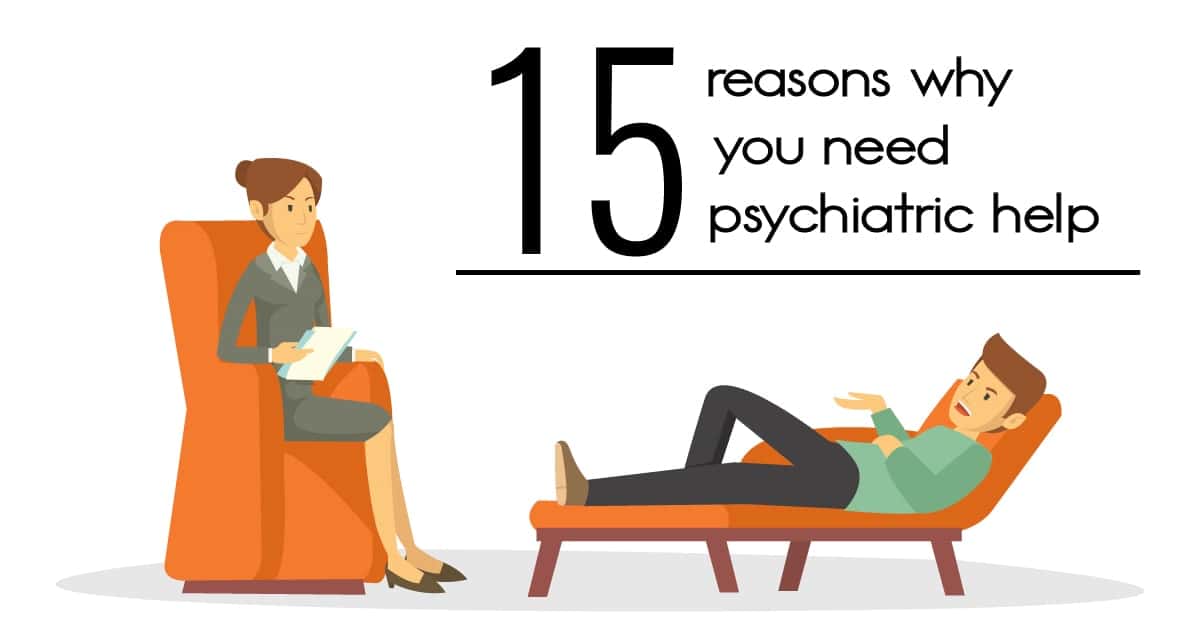 Despite the rising awareness regarding the importance of mental health and the various mental illnesses, people are still reluctant to seek professional help. Sometimes this maybe due to the stigma attached to the mental illness itself; at other times, it maybe because of poor knowledge of one’s own illness and what to do about it. Being aware of mental illnesses and the way they present, their symptoms and signs, may prove very important, as the first step to seeking help itself, is to know when to seek help.

Once you visit a mental health professional, you may then clarify all of your doubts/ questions regarding your illness with your treating Psychiatrist/ therapist. However, the following are some pointers that may make you more aware regarding your own mental health. These symptoms may not be indicative of mental illness per se when presenting alone; however, when presenting as a cluster of symptoms or when causing significant distress and dysfunction, these become more important and should not be ignored.

The above are just some helpful pointers that may not cover all symptoms of the various mental illnesses. Any new symptom, behavior change that may cause distress or dysfunction may ideally get assessed for a professional opinion, if the patient or their caregivers may feel the need for the same.

Disclaimer: This blog pro­vides gen­eral infor­ma­tion and dis­cus­sion about med­i­cine, health and related sub­jects. The words and other con­tent pro­vided in this blog, and in any linked mate­ri­als, are not intended and should not be con­strued as med­ical advice. If the reader or any other per­son has a med­ical con­cern, he or she should con­sult with an appropriately-licensed physi­cian or other health care worker.