A large majority of people worries or stress significantly about their sex life, or its absence, though very little try to address the main reason for their discontent. When they’re not quietly obsessing about whether they’re getting enough or the correct sort of sex, they turn, rather, to dishonest and untrustworthy references such as companions, gossip and even online pornography as they continue seeking for an answer.

According to sexologist issue with this methodology is that majority of patients that approach sexologists complaining about sexual dysfunction or unpleasing sex life, don’t actually have any medical conditions instead suffer because of a large number of myths and confusions they accumulated via multiple unreliable mediums.

Here are the absolute most basic myths sexologists wish you stop believing in 2019:

Expecting your first physical intimacy experience to be special is no wrong. But pressurizing yourself to meet the expectation may kill the spark.

Many individuals erroneously accept that their first experience of physical closeness will be the best and, subsequently, must be impeccable. In doing as such, they set themselves up for disappointment by including the component of performance nervousness & anxiety, that can cause erectile dysfunction in men and fears of agony in ladies. The outcome is reduced joy. This thus causes ‘expectant nervousness about future physical closeness and can have dangerous consequences for future relationships.

Understand that your sexual pleasure and performance improves with each experience you have with your partner – and as you become mindful of what turns the both of you on.

The foremost misunderstanding the vast majority in their 40s and 5os believe is that they are unfit for sex and can’t enjoy sex. This myth is believed not because their bodies are weak to have sex, but due to hidden health conditions like diabetes, obesity & hypertension.

Approximately 50% of men above 40 experience erectile dysfunction hence failing to perform, which make them lose their self-confidence. Also, concern about what their partner may think about them pushes them away from sex.

They fail to understand that erectile dysfunction can be treated and they can resume to their sex life. According to sexologist one can engage in sexual relations even at the age of 70. Men should furthermore realize that premature ejaculation is not a sickness at all and with guidance from experienced sexologist can be treated.

Everyone has a great sex life

According to sexologists, numbers of marriages which lack sex are disappointingly high. They have even come across cases where the couples don’t have any intimacy for many months in a stretch. Couples in early 30s or mid 30 mostly face this problem. The lack of sex in marriage may be because of various reasons like health issues, conflicts between partners, issues in a relationship, etc. The matter becomes worse when individuals start comparing their sex life to their friends, online stuff and magazines, finally directing them into disappointment & depression.

Couples should understand that many people like them are going through the same problem just don’t share it because of embarrassment. Couples should introspect reasons for their sexless relation. They should solve sex-related health issues if any by consulting sexologist. If they have any related issues they can opt for counseling.

The time such couples become attentive to these reasons and choose to create some changes, they will see a notable increase in their intimacy.

Double bagging – using two condoms is better than one

Double bagging means using two condoms rather than just one with a belief that it will bring more protection. When taking part in unsafe sex, numerous men erroneously trust that using two condoms rather than one will actually reduce the risk. In any case, what they neglect to acknowledge is that the friction caused in the sexual act can actually cause the condoms to tear. 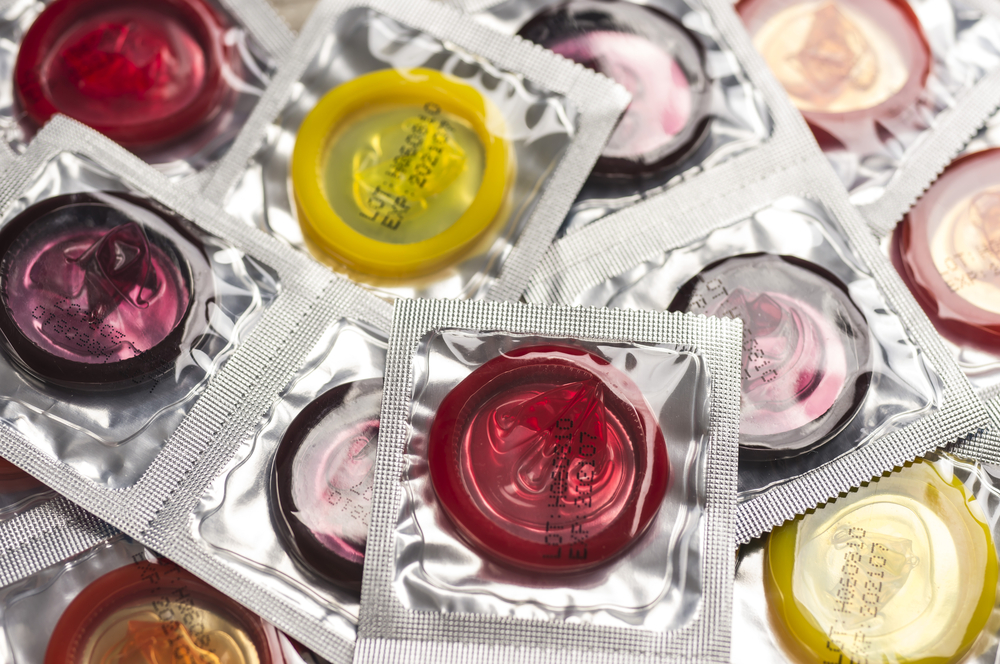 The odds of slippage are likewise a lot more when utilizing two condoms. Use of 2 condoms also creates thicker barriers hence reducing the pleasure. Instead, use a good quality condom from a reputed brand. Abstain from utilizing vaseline or oils for lubrication, these can cause sensitivities & allergies in specific cases.

Thanks to myths created by porns and magazines men are frequently bombarded with penis size expectations make them uncertain about the measure of their penis. Adding to misery there are many medicines, oils, and tools claiming to improve penis length.

Foremost men should understand that such kind of product is manufactured to misuse the fear of crowd for personal gain. No oil, medication or tool can every increase the size of the penis. Though certain medicines do improve your erection by improving the blood flow to your penis, which can mistaken men to believe that their penis size has increased.

Additionally, men ought to comprehend that there truly is no requirement for them to look for such extraordinary measures as only the outer third of the vagina comprises of pleasure points required for satisfying sex

There is simply one correct method to enjoy sex

societal stigma often leads many to inculcate feelings of disgust, aversion & distaste towards any sexual act that differs from the usual penile-vaginal sex.

The first thing to do is change the mindset about sex – it is more about exploring. Indulging in varied sexual positions can add character and interest to one’s sex life. It although imp that both partners believe in the same theory and are ready to explore.